Elliot reached a massive milestone at the end of last week, he wrote his name for the first time ever! And it is legible! He wrote it completely from memory. See what you think! 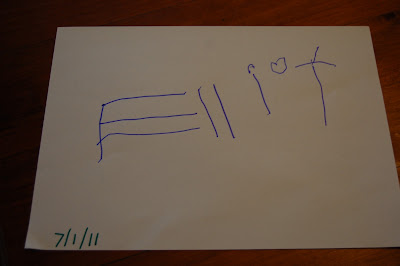 I'm really not a big pusher when it comes to the boys' "education" for want of a better word. Being a teacher I've seen many kids being pushed into doing things before they're ready and it just ends in disaster. Better to just let them embrace each new thing when they're interested and go from there. We are very lucky that Elliot just seems to have a real interest in numbers and letters (numbers in particular) and he has a great memory. He loves jigsaw puzzles and things that have method and order. Anything sporty on the other hand, good luck! :) 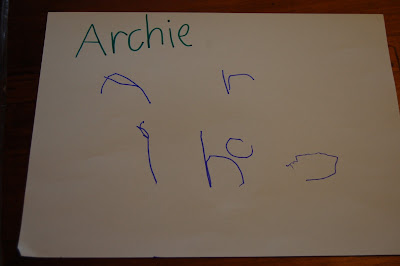 So after he wrote his name he then went on to write Archie, Daddy, Matt and all the numbers from 1 to 20. I wrote them and then he copied them. He did want to write Mummy and Vicki too but I could see he was getting to his limit so suggested he go and have a play and come back in a few minutes. So in typical Elliot style he went and read some books! 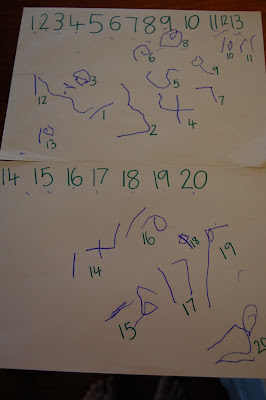 I am so proud of him. I know he'll do brilliantly at Kindy next year but I am going to miss him. :(

Edit: Thanks to Helen who reminded me that El actually goes to kindy this year. In two weeks! Argh!!! But that is a whole post of it's own :(
Posted by Vic at 6:00 AM